Basically; don't be a zoo-human!

The Unzoo-You concept is one that integrates the Unzoo Alternative into addressing the Human Zoo Syndrome. It’s a mindset for re-evolution by design.

The unzoo alternative was a concept that developed from thinking about new ways to design zoos.  (The Unzoo Alternative, Jon Coe, Jon Coe Design P/L, Ray Mendez, Work As Play, 5 April 2005)
Some interesting words come into play in the Unzoo document, such as the “technology of zoos”, “as constant and contrary reminders of  human domination over nature”. So the Unzoo Alternative is a conservation and design driven concept, a tool for change in reclaiming the true nature of things. 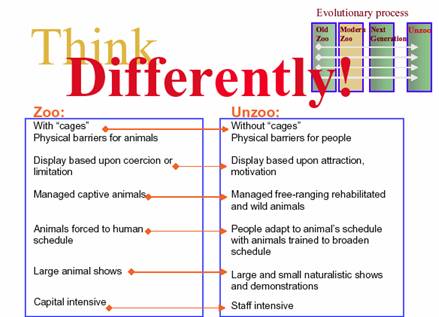 For me, Unzoo is a concept that can go beyond the redesign of animal zoos to dealing with “"the human zoo". However, dealing with the human zoo is much more complex, and it mostly stems from the theme of human domination over nature. The sad thing is in doing so we dominate ourselves as well (self caging). Apply this to every facet of our modern life and you will see it. It’s a bit like the classic movie scene in ‘The Matrix” where  people start to click onto the fact that they are not living a real life, they are caged by their own technology.


So am I an anti technology hippie? No so much. I think the typical use of technology to “dominate nature” is flawed and we need to change that paradigm to “working with” nature.

The Unzoo Alternative then goes on to describe how to create an “unzoo”. While the specifics are not particularly applicable to the human zoo - the approach is. They demonstrate a beautiful merging of technology use for enhancing natural design. That is the lesson for us on how to unzoo the human zoo.

That leads me to another key article for this post (by Jon Coe again); “Third Generation Conservation; Accommodating Wildlife in Our Daily Lives”. This one is about integration of Unzoo into human society, and therefore gets closer to talking about the Human Unzoo. It talks about three generations of conservation;
This last concept bridges the previous two and creates a new model that blurs the distinction between people space and animal space, removing the compartmentalization of nature vs. civilisation. So instead we have “Deep Green Design’, and this great quote:


“Ultimately the goal of sustainable landscapes” (and architecture) “is the transformation of culture  - the taming of technology, the emergence of a new environmental ethic, a new measure of life quality, and a substantially broadened sense of community including not only humans, but all life”. (R Thayer, 1994, Grey World, Green Heart)

I would go further and apply the Unzoo from the human perspective as well. Who has evolved to sit at a desk looking at a computer all day after all? And habitat is just one aspect explore; for example, books such as “Change Your Body, Change The World” shows us there are other ways to redesign our zoo culture, that can start from the individual. From Desmond Morris to Joe Durant, there is plenty of thinking that has already been done, and plenty more to do…

The Unzoo-You concept is one that integrates the Unzoo Alternative into addressing the Human Zoo Syndrome. It’s a mindset for re-evolution by design. 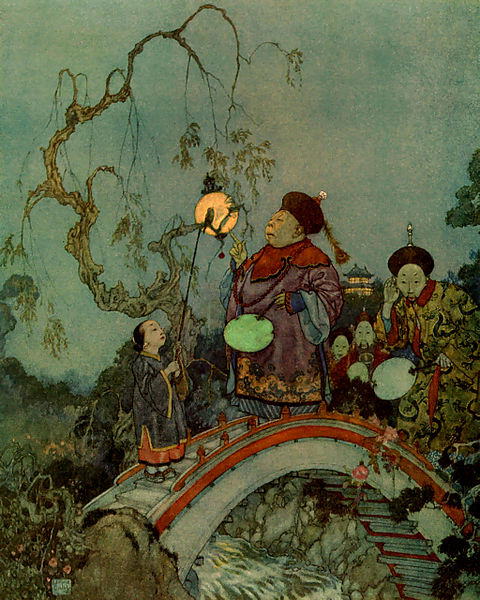 The Emperor and the Nightingale - just a fairy tale?

"You can understand and relate to most people better if you look at them -- no matter how old or impressive they may be -- as if they are children. For most of us never really grow up or mature all that much -- we simply grow taller. O, to be sure, we laugh less and play less and wear uncomfortable disguises like adults, but beneath the costume is the child we always are, whose needs are simple, whose daily life is still best described by fairy tales." Leo Rosten ﻿﻿ The Emperor and the Nightingale I was reading a fairytale to my youngest daughter the other night, and Unzoo theme's started popping out at me. The overall mantra of Unzoo is "go back to move forward", and the evolutionary context is the primary vehicle for this. However the principle is also manifested in other ways, such as with MovNat's call to watch how children move; they move naturally without the corrupted zoo influence we see in adults. Looking at children's natural move

What's the difference between the Unzoo Movement and the other stuff like unstructured natural movement?

That was a question from Max of Movement Unleashed in response to an earlier blog post from me on An Updated Unzoo Movement Template. I said I might do another post to expand on this, so here it is...cheers Max. (by the way, I fully acknowledge that Parkour already use a mixed method approach to some degree - for instance APK sessions range from classic push up conditioning to structured movement sessions, to less structured exploratory or creativity sessions) The earlier post described how I was experimenting with different training methodologies in an effort to cover a broader spectrum of general preparedness fitness and experiences . I will clarify the differences a bit more here. I currently do a weekly rotate of three different training methodologies. The first is Classical Functional Fitness . This is a pretty loose term in the fitness industry but I am referring to compound movements as opposed to isolated body part exercises such as bicep curls. This is stuff like Cross 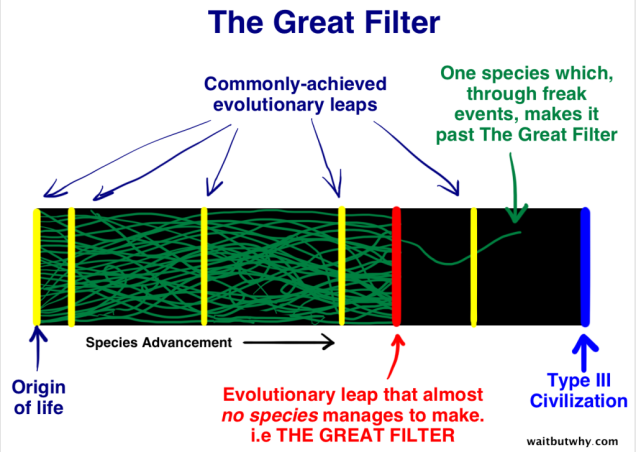 The scope of Unzoo is comprehensive and I am always noting content for blog posts but never have enough time to see how far the rabbit hole goes…its more than about movement, or diet, - it filters across deep thinking about existence, technology, zoos as a parable for the human condition, health, politics and economics, habitat and architecture, population and culture, human physicality, and more yet... The best I can do for now is catalogue the content that I connect to the Unzoo in order to describe its scope and shape, and as a future reference. So here it is; (PS – some of these are for arguing against rather than for!) Deep Unzoo: The Fermi Paradox: Where the Hell Are the Other Earths? (evolutionary context on a cosmic scale) http://gizmodo.com/the-fermi-paradox-where-the-hell-are-the-other-earths-1580345495/all The Shape Of Society Is Determined By Farming Methods In Antiquity http://www.forbes.com/sites/timworstall/2014/05/09/the-sh